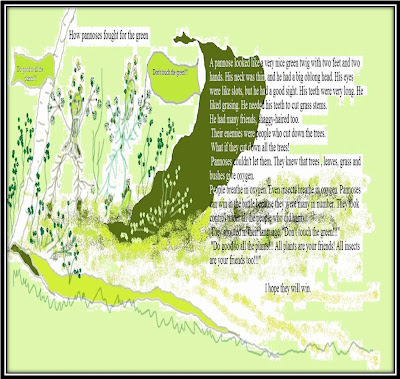 A Pannose looked like a very nice green twig with two feet and two hands.His eyes were like slots, but he had a good sight .His teeth were very long. He liked grazing. He
needed his teeth to cut grass stems. He had many friends, shaggy-haired too.
Their enemies were people who cut down trees. What if they cut down all the trees!
Pannoses couldn’t let them. They knew that the trees, leaves, bushes and grass
gave oxygen. People breathe in oxygen. Even insects breathe in oxygen. Pannoses
can win the battle, because they were many in number. They took control over
the people who did harm. They shouted in their language, “Don’t touch the
green! Do well to all the plants! All plants are our friends! All insects are
our friends too!” I hope they will win. 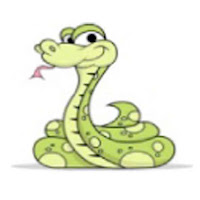 The story was invented and retold by Kyryl Izmailov, Kramatorsk.Bye!