Перейти до основного вмісту
Boronyna Angelina and Mynyn Maxim.
Клуб “TAMRA”.
The next time, when Eraser and Rubba met, he wanted to comply with her request to feel what water was like. He wanted to show some unusual creatures living in the deep. So they needed to dive in the sea.

Again Eraser was feeling a sort of discomfort. She was more developed. Her planet’s technologies were better. 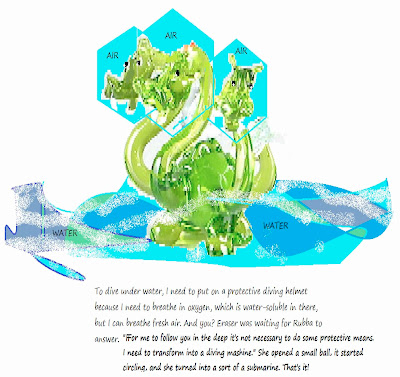 His heads were trying to keep balance, but he failed, because water had some thicker structure than air. It was difficult to control the heads and follow one direction. He tried so much that forgot about Rubba. Then… “Where is she? Where is she?” he stopped dead. “Oh, there she is!” Rubba was looking around, peeping into all holes among corals and sea weeds. She jumped aside, leaped back or bounced off, when some marine creatures were on her way. 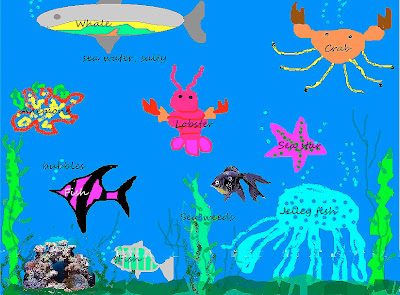 There were a lot of bubbles, because many swimmers were floating like in a slow film, being busy with some work of theirs. They were so different that Rubba felt at a loss. She made her eyes move separately, like those of a chameleon. When Eraser told her the word chameleon, she said, “You mean the constellation close to the South Pole?” Eraser hemmed, “No, silly, I mean the name of an animal which changes its color and can move eyes separately.” Rubba got it, and then continued examining the surrounding.

Big turtles were hurrying somewhere, making a lot of noise. They looked like water dinosaurs, and reminded of some ancient creatures. They had a talk about their way; a lot of small ones followed them. Rubba understood their language, and transmitted to Eraser that they had some problem connected with some pollution. Eraser explained that they could talk about oil slicks, which were caused by the leakage from an oil tanker. That was a very big challenge for all marine creatures in that region of the sea routes. Then they saw other creatures in the deep. 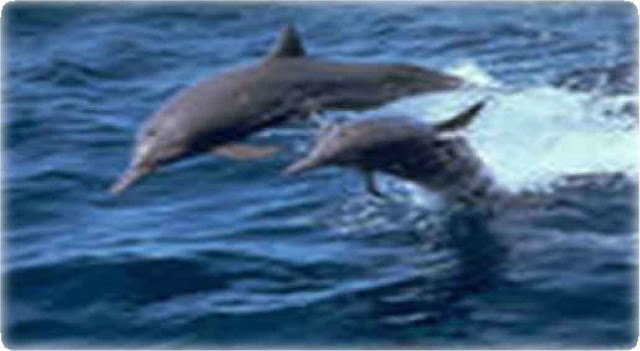 They were leaping and diving, playing over water and under water. “Who are they?” asked Rubba, “So big and happy!” “They are dolphins”, replied Eraser. Our two friends had fun travelling in the deep.

Rubba tested water with her special tentacles and informed about high amount of bitter salty substance. She asked if humans could use that for drinking. She remembered that Eraser stressed the importance of water for humans. They drink it, they use it for cooking food, and they wash in it. Their body contains 80% of water.

“Oh, it’s a pity, but we cannot drink sea water. We can drink only fresh water”. Everything was so new for Rubba. They did not use water from outside world; they could get liquid from any substance, because they had high technologies. They didn’t want to get out of the sea, although the amount of the air inside Eraser’s helmets was coming to an end. So, they should leave that busy world full of life seething. That was a high time to do. On their way back Rubba noticed some unusual structures.

They had antennas that were like Rubba’s, and they were testing space around. They moved their strange segmented legs and looked aggressive. Eraser explained that people catch too many crabs for food, and they become less and less in number. They are afraid of us too, and take necessary precaution. Some of them even hide in the shells and become hermits, though usually they live in colonies. Then they saw some creatures, which looked like skeletons, because their bodies were totally transparent, and moved in a funny way, doing some swaying movements.

Rubba was amazed with a lot of living beings in the deep. They cannot be described, because of great diversity. Moving upwards Eraser exclaimed, “Rubba, look, there’s my brother Delete!” Rubba didn’t understand at first, and asked, “How is it? It doesn’t have three heads,” and added in amazement, “It cannot speak three languages. What language does it speak then?” Eraser giggled, “You are so silly, if it has one head, it speaks one language, English. All know English here.” They slowed down and Eraser talked to Delete. The sea dragon complained of bad situation with coral reefs. They start dying because of pollution. Rubba heard that unknown word not for the first time, but she knew that the word was bad, had some sense of danger.

The story was retold and created by Boronyna Angelina and Mynyn Maxim. 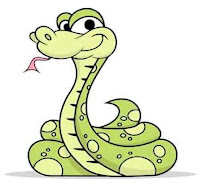